When the name “The Mad Anthonys” was chosen, it came from a very honest and innocent idea. I was always proud of coming from my small mountain town of Waynesboro, Virginia and wanted pay homage to that. Named after General “Mad” Anthony Wayne, known for his undisciplined and raucous style, it was a perfect fit for what we were doing at the time. Soon after, I dug deeper into the namesakes career. He was a fearless leader in the Revolutionary War. But soon after he was also recruited to kill Native Americans in order to seize land.

This has been a problem for me ever since that discovery. This was well after we had already started to gain some regional success and I, regrettably, decided to not address it at the time, as the future of TMA was unclear. I have always tried very hard to be my brothers keeper. I believe in equality for all with no exemptions. But it is very easy to not see cleary when we have all been so whitewashed, if you will, to think of our history as a country as normal..as fair..as human. The truth is dark.

Considering this and the current energy of change and equality, I have made the decision to drop the name “The Mad Anthonys” from all future projects and social media. This was an unfortunate but overall easy thing to do.    I wouldn’t have been able to have this musical jouney without the help of so many musicians, family, and friends, so it feels natural to honor all of you by using the name that I have called you guys for all these years…. The new name for the band is “Mad Fam”It will take our team at MadFamWorld a while to make all the changes so please be patient. I am so excited for the future of the band and for the release of my first solo project “OnlyChildX”! See you soon!!! 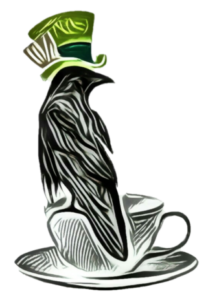 Configuration error or no pictures... Follow Me
We use cookies to ensure that we give you the best experience on our website. If you continue to use this site we will assume that you are happy with it.Ok